Death Of Those Garments Workers

The Intergovernmental Panel on Climate Change made an error on the date of melting away of the Himalayan glaciers. The climate-change sceptics started hysterical propaganda capitalising the error. But the panel has clarified that while it had made an error on the date, it did not make a mistake about the melting away of the Himalayan glaciers. There is no doubt that people depending on the Himalayan waters will be affected as glaciers there recede… We in Bangladesh should be aware of it,
writes Farooque Chowdhury


This handout photo taken on October 6 and released on October 8 by the 350.org shows the safe upper limit for carbon in the atmosphere—350ppm—in front of the Sydney Harbour Bridge and the Sydney Opera House. Environment groups are gearing up for what they say will be the world’s biggest day of climate change action today, hoping their grassroots movement will inspire reluctant world leaders.
— AFP photo

A piglet went to market 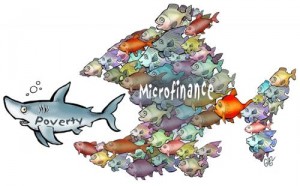 A piglet’s journey to market in October, 2010 helped expose the other face of microfinance that promised to make poverty archaic.
A bdnews24.com/Reuters news report, datelined Vladivostok, Oct. 15, said: The seven-month old piglet’s journey to holy market was to pay off a woman’s micro debt of $432 to a bank in Russia, part of former Soviet Union. The ignorant piglet was seized by powerful officers from the unfortunate woman as she failed to pay off her debt within 10 days. It was put up for sale to recuperate a portion of the debt. A court survey assessed that the piglet was her most valuable asset. The commodity, the piglet, was awaiting a buyer at Primorye, a place made famous by a song telling the victorious march of the poor men’s Red Army in 1917, at the time of dispatching the news.
To make the news meaningful, the news agency added the following backgrounder: “Consumer debt in Russia has crippled local economies in some of the country’s poor rural and industrial areas”. (bdnews24.com/lq/2032h)
The piglet-story is not a lone example of microfinance’s “merciful” face.  A vernacular Dhaka daily informed: In late-October in Galachipa, a southern Bangladesh locality, an organisation engaged with micro credit grabbed the house of a poor family and dismantled it. The reason: failure to repay a debt of Tk 12,000 (approximately $172). (The Daily Ittefaq, Oct. 22, 2010, p.2) The full “story” is more illogical and cruel. [Not included here considering word limit of the article].
While one microfinance story originated in Russia, an economy embracing capitalism, the other one was from Bangladesh, claiming to be the cradle of credit micro in size. These two were accompanied by another story from India, an emerging economy with millions of poor in its base.
The Hindu, April 19, 2010 news report said: “Some Collectors sent reports about the harassment of borrowers, intimidation, manhandling, abusing and outraging the modesty of women and extreme punishment like making defaulters stand in the hot sun, tying them to trees and making them run in open grounds.” (http://www.hindu.com/2010/04/19/stories/2010041960410600.htm) It was in the rural areas of Andhra Pradesh, a southern state.
In a similar situation in Andhra Pradesh in 2005-06, the state government appointed a committee as micro credit debtors caught in the debt trap were committing suicide. The committee recommended “to crack the whip on the [Micro Financing Institutions] for grossly violating the human rights of borrowers in the name of loan recovery…”
These are only three examples of many that show a trend. Committing suicide by thousands of debt-ridden farmers in India made news headlines in the Indian press for a number of times. Bangladesh holds many examples, a few of which were documented/referred by mainstream studies/researches. (Those are not being mentioned here as that may appear singling out organisations and individuals.)
This reality has forced Devinder Sharma, an Indian expert, to ask: The ugly face of microfinance was never in doubt. But now even the dark underbelly is coming out in the open. I wonder how much more evidence is required to put a stop to this barbaric activity that goes on unchecked in the name of empowering the poorest of the poor. (“The Barbaric Ways of Micro-finance”, Countercurrents, April 21, 2010)
A few questions may crop up from these incidents. What is the reason behind that failed the Russian rural lady pay back her debt? What is the perspective that forced the Bangladesh MFI act in the way the news story mentioned? Why the MFIs harass, intimidate, manhandle their debtors in India? Is this the deal a pauper, a poor debtor deserves? Are these simply stray incidents, mere exceptions? Are these news a part of disinformation? Or, are there grains of reality? Are these the symptoms of a disease? Do these questions qualify for a serious enquiry?
There is an easy escape way from these questions, if these haunt a serene “conscience”: just ignore the news and forget the questions.
But, shall that be a matured, as an individual and as a society, posture? History of matured rulers and of arrogant tyrants provides the answer. The British shahibs, the powerful colonial rulers representing a mighty empire, ultimately failed to ignore indigo planters’ acts of torments that brewed up the Indigo Rebellion, a rising made by underfed, apparently subdued and meek Bengal peasants. Dynamics of oppression and protest made the humble victor and compelled the repressors to retreat. Till now, history has denied to revolve in a different way, has denied to take a different path.

This article published as an opinion at bdnews24, Bangladesh's first online newspaper.November 14, 2010
Posted by 1 at 11:26 AM No comments:

Strong Unions Are The Best Hope Inside Capitalism 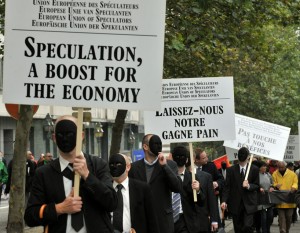 This article published as an opinion at bdnews24, Bangladesh's first online newspaper.October 29, 2010 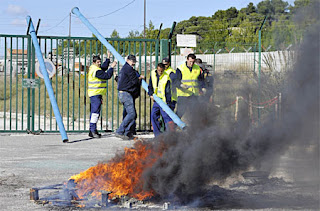 Probably, today’s France will put a lesson before the section of scholars despising political protests in poor countries that narrow down or snatch away democratic space and distort political process, and will show a portion of politicians that the French politicians are not accusing external actors of hatching plots to torpedo the French economy,

This editorial published at The NEWAGE, Daily newspaper, one of the leading English dailies in Bangladesh